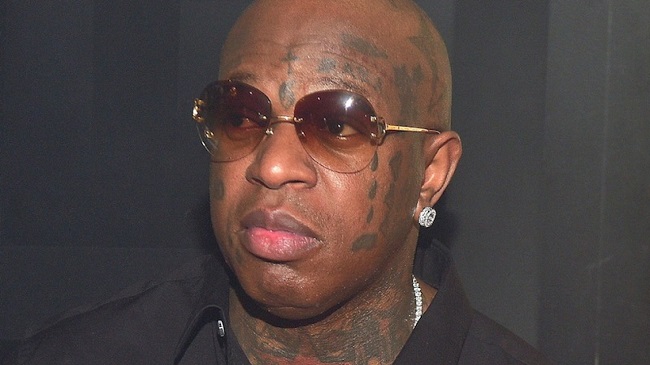 The American rapper Birdman’s net worth is reported at $100 million approximately as of 2021. The major part of his wealth comes through concerts, record labels, and Cash Money Records. He proved his excellence in entrepreneurship through other ventures too.

Birdman was born on 15th February 1969 in New Orleans at Charity Hospital. By birth, his name was Bryan Christopher Brooks, and was given his mother’s last name as his father didn’t sign his birth certificate. He and his family used to live in quarters above the bar owned by his father Johnny Williams. At the age of 5, his mother Gladys Brooks died of illness.

Then Birdman along with his siblings moved to Canada with their uncle and when they got back to New Orleans they spend two years in foster care. When the news of being in foster care disclosed to their father, it took their father to fight a long legal case to get back their custody. After custody, he switched his surname from Brooks to Williams.

As he moved to Magnolia Projects in New Orleans with his father and stepmother Patrica, the birdman evolved a friendly bond with his stepbrother Eldrick Wise. These two brothers later started doing robberies and used to sell drugs. At age 16, both of them got arrested. Then again at age 18, both got arrested and convicted under drug charge and sent to prison for three years. Bryan was set out of prison in 18 months and was released from all charges.

After Birdman was released from prison, he and his brother Ronald (Slim) created their record label with the name ‘Cash Money Records’. Their first-ever album ‘The Sleepwalker’ was produced in 1992 with the rapper Kilo G.

In the 1990s, Cash Money Record developed their fame and during this period he began introducing himself as Birdman. In 1997, Slim and Birdman created a band called Hot Boys with Turk, Juvenile, Lil Wayne, and B.G. which eventually brought them a deal with Universal Records of $30 million.

Soon in 1998, Birdman and DJ Mannie Fresh formed their group known as Big Tymers. Their debut album was How Ya Luv That? which was released in same year followed by some other hit albums.

Bryan Jr. born in 1997 and Bria born in 1998, they both are biological kids of Birdman. In 2016, he started dating the singer Toni Braxton.He is very fond of expensive cars and mostly he is spotted in heavy jewelry worth of million dollars.

In the year 2007, Birdman got arrested from Tennessee under the charge of keeping almost a pound of marijuana the mind-altering drug.In the year 2009, Birdman, Cash Money Records, and Lil Wayne were summoned by Thomas Marascicullo under the act of copyright infringement. Thomas claimed that his voice was utilized without his consent.

Birdman’s prime property i.e. his beautiful mansion situated on Palm Island in Miami. He bought this house for $14.5 million. He possesses a condominium in Miami worth $30 million. In addition to this, he also owned two more lands in Miami of which one is his recording studio and other land in New Orleans occupies a big villa.

But now, the scene of his property collection looks short. In 2018, he was warned to be ejected from his mansion through bank, which resulted in him to sell that house at $10.9 million, which was first decided to be sold at $20 million.

The journey of birdman from a teenager who was gone on the wrong path of robbery and drugs to one of the successful and wealthiest rappers and entrepreneurs is phenomenal and inspiring to many.