Carlos Irvin Estevez is also known as Charlie Sheen is an American actor and producer in the film industry. He has five children and a grandchild.

His current net worth 10 million dollars. He earned his star on the Hollywood Walk of Fame in the year 1994. Being the highest-paid actor in the television industry, he was paid 150 million dollars on the whole. 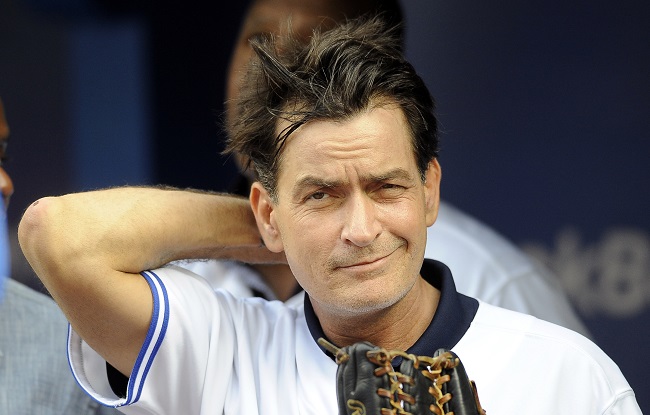 Charlie was born on 3rd September 1965 in New York, the United States. He has three siblings, two older brothers, and a younger sister, all of them are actors. He attended his high school in Santa Monica High School, California along with Robert Downey Jr. Charlie showed interest in acting because of which he could not focus much of his studies. Nearly the end of high school, he was expelled because he did not score proper grades and lost attendance.

Charlie’s first appearance happened when he was nine years old in his father’s film “The Execution of Private Slovik” in the year 1974. He chose his stage name as Charlie Sheen following his father’s surname. Carlos in English is known as Charlie. His career as an actor began in the year 1983 when he acted in Grizzy II: The Predator.

The following year, he got a chance to act in a teen drama. He got the chance to act in a main role in the year 1986 for a Vietnam War Drama Platoon. He has appeared in many films with his family.He also gained experience towards becoming a better actor by choosing roles of different characters. In the year1997, he wrote his first movie, Discovery Mars.

The following year, he produced and starred himself a movie No Code of Conduct. He has given voiceover for animation movies also. In 2000, Charlie started to appear on television starring in the sitcom Spin City.He was nominated for two awards and he won his first Golden Globe Award for The Best Performance by an Actor in a Television Series. Three years later, he was cast in another sitcom Two and a Half Men in which he a negative role.

He won an ALMA Award, three Emmy Award nominations, and two Golden Glove award nominations for the same. In the upcoming years, having a growing career, Charlie could not control himself with his habits.In 2011, he was sent for rehabilitation. Sheen lost his reputation when he made inappropriate comments about the series creator and banned from the production house, Warner Bros.

In the same year, he made a Guinness Record as the fastest actor to make one million followers on Twitter.He also made a Ticketmaster record by selling his tour “My Violent Torpedo of Truth/Defeat is Not An Option” in 18 minutes.

Sheen since then continued making his career with other production company but he did not seem satisfied with it. He was not satisfied with his salary being the highest-paid television actor. He wanted to create a different atmosphere in front of others.

Charlie had his eldest daughter with his former high school girlfriend, Paula Profit. In 1990, he accidentally shot his finance because of which they called off their engagement. In 1995, he got married to Doona Peele. They got divorced in the year 1996. He got engaged to an actress Denise Richards in the year 2001.

The couple tied knots in early 2002. They together have two children, both of them are daughters. Denise filed a divorce of Charlie stating of abuse and alcohol problems in the year 2005. Their divorce was finalized towards the end of 2006. He got married again to Brooke Muller in 2008 and they have twin boys together.

He was arrested in 2009 for assaulting his wife and got bailed later. In the year 2011, the couple broke their marriage by finalizing their divorce. Three years late in 2014, Charlie got engaged to a film star Brett Rossi and they broke their engagement at the year-end.

Charlie has been arrested by police for several different charges. He has not been in a great condition since 2011 when he found out that he was HIV positive. He has been taking treatment in Mexico since then. This news of Charlie’s went viral making 1.25 million searches about HIV within three weeks of his disclosure.

Charlie Sheen as an actor has contributed his complete effort to the film and television industry. He has raised funds and donated for various concerns like breast cancer and massively supported AIDS since the year 2006. He has contributed one million dollars to the United Service Organisation. He has been through the rough and dark times of his life due to mood swings, habits, and mental issues. He is still remembered as one of the finest actors in the industry.