Edward Regan Murphy Is an American actor, comedian, singer, producer, and writer. Murphy basically started his career as a stand-up comedian. He joined the cast of Saturday Night Live when he was only 19 years old and came to light.

At the age of 21, he stepped into acting and gave many box office hits including Trading Places, Coming to America, Harlem Night, and the Beverly Hills cop. ‘48 hours’ starring Nick Nolte was his major career lifting motion picture which gave him more confidence and ingenuity. Later, he went on a road of success and gained a lot of fame. 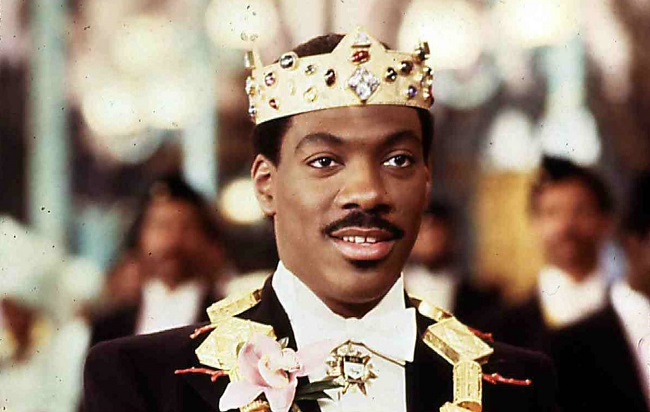 However, his box Office Graph dropped slightly in the 1990s, but he continued with series of movies. In 1982 Murphy was nominated for Grammy Award and further won Golden Globe Award in 2006 for his role in Dreamgirl.

Being an actor, singer, musician, television producer, voice actor, film director, stand-up comedian, and screenwriter Eddie Murphy built up his net worth to $200 million. Till date, Murphy’s earning was recorded to be $300 million in salaries and back end royalties. His huge earning made him the highest-grossing actor in film history.

Eventually, he became the sixth highest-grossing American actor at the box office. He had been the most consistently highest-paid actor in the world. When his career was at its peak he was reported to earn almost $20 million per movie.In 2019, it was heard that Eddie earned $70 million to record a series of comedy specials for Netflix. That’s a lot more than Dave Chappelle and Chris Rock earned for three and two specials.

Eddie Murphy was born on April 3, 1961, in Brooklyn, NYC. He was raised in the Bushwick neighborhood. His mother, Lillian was a telephone operator and his father Charles Edward Murphy was an amateur comedian and actor. His father also worked as a transit police officer.

Eddie lost his father in 1969 when he was eight years old. Later from his mother fell ill, due to which little Eddie and his brother Charlie were raised in foster care.Eddie stated that the time spent in foster care had a great influence on developing his sense of humor.

After, a year when Murphy turned 9, his mother married Vernan Lynch. Both the Murphy children were afterward moved to Roosevelt, New York, and were raised by his mother and stepfather.

Murphy had a lot of early influences which made him take the decision to become a comedian. It was when he was 15, he developed an interest in comedy.In 1976, Murphy performed in a talent show at the Roosevelt Youth Centre and made a beginning to his career. Later, he started working in various shows, clubs and eventually started earning.

It was in the year 1980 when he performed on Saturday Night Live and gained popularity. He made his screen debut with Nick Nolte in the film 48 hours. The film turned out to be a big hit. Murphy entered the light of stardom. In the following years, he gave many hits including Trading Places, which was a bigger hit than 48 Hours, Beverly Hills which proved to be the highest-grossing R-rated film of all time, Star Trek IV the voyage home, and many more hits.

However after such major hits, during the 1990s Murphy’s box Office Graph declined. He recovered his graph through family-friendly movies, the Shrek franchise, Dreamgirl, and the Nutty Professor.Murphy was nominated for Academy Award in the year 2006 for best supporting actor in Little Miss sunshine. He also won Golden Globe for his performance in Dreamgirls.

Murphy dated Paulette McNeely and Tamara Hood with whom he has two sons from each, Eric and Christian. He also dated Nicole Mitchell In 1998 and later married her. They have five children together. Michelle and Murphy divorced in 2006.

Following his divorce, Eddie started dating Melanie brown, who gave birth to a baby girl, Angel Iris Murphy Brown. He dated Tracey Edmonds in the year 2008. Moreover, he has been dating model Paige Butcher since 2012 and has a daughter and a son from her.

Eddie has acquired various large properties over the years. From mansions to private beaches, he has been investing in large properties. Previously in the 1990s, he lived in a luxurious mansion near Sacramento (Granite Bay).

Later, he decided to sell the mansion and invested $10 million on an undeveloped 3.7 acre land in Beverly Hills. It was in 2001 that Eddie spent millions on constructing a new 40,000 square foot mansion with 32 rooms. He also owned a private island called Pearl island and bought another 15-acre private island called Rooster Cay for $15 million.