Grant Cardone is a lot of things: a professional sales trainer, real estate investor, a New York Times best-selling author, and a motivational speaker on leadership, entrepreneurship, social media, and finance. He is also the radio show host of The Cardone Zone.

Having written 8 business books, running 13 business programs, and being the CEO of 7 privately-held companies, it’s not surprising to say his net worth is $300 million. 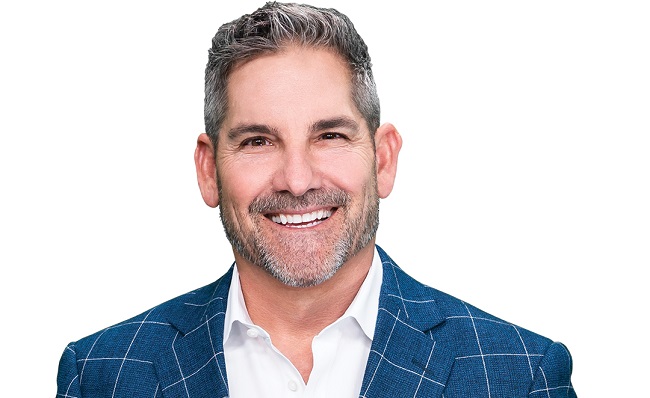 Cardone was born to Curtis Louis Cardone and Concetta Neil Cardone in Lake Charles, Louisiana on March 21, 1958. He has a twin brother called Gary Cardone and was the fourth out of five children. He went to LaGrange High School and graduated from McNeese State University in 1981. His father passed away when he was 10 and at 16, he made a promise to his mother that one day he would be very rich.

After graduating he worked for a sales training company. He traveled across the United States and lived in Houston, Texas for 5 years, La Jolla, California for 12 years, and then finally, Los Angeles. During this time, Grant developed a drug problem, and at the age of 25, he entered rehab.But the most amazing thing is that within 5 years of leaving the rehabilitation center, he was a millionaire.

Cardone has a family of four: his wife actress Elena Lyons and their two daughters – Scarlett and Sabrina.He practices Christianity and is a member of the Church of Scientology. Grant is an Aries and currently resides in Miami Beach, Florida, USA. He is 6′ 0″ tall and has hazel eyes with grayish-white hair. He has stated his interests as listening to music, playing football, and traveling. H is also a big Italian cuisine enthusiast.

Grant saw success while working in automobile sales where he became the CEO of Freedom Motorsports Group Inc. He also helped Atlas Media Corp in the development of the reality series “Turnaround King” for National Geographic which aired in 2011.

He is the author of seven books: Sell To Survive, The Closer’s Survival Guide, If You’re Not First, You’re Last, The 10X Rule, Sell or Be Sold, The Millionaire Booklet and Be Obsessed or Be Average. From this “If You’re Not First, You’re Last” hit #1 on Amazon and Barnes and Nobles. Consequently, it made to the Wall Street Journal’s and The New York Times bestseller lists.

Additionally, Grant and his wife, Elena run a self-produced web series called “The G&E Show”.He was also listed on Richtopia at No. 7 on the global list of 500 most influential CEOs in the world in 2016. Apart from being the #1 marketer to watch by Forbes magazine in 2017, his home was also featured on How’d You Get So Rich? with Joan Rivers.

By single-handedly building a real estate investment empire, Cardone Capital, Grant has proved his efficiency multiple times. With $425 million worth of transactions and the reported ownership of $500 million worth of investment properties throughout the United States, he is undoubtedly an expert in his field.

His interest in real estate began when he was very young, but he got the first proper chance to execute it when he bought and rented a single-family house in Houston, Texas at the age of 29.

After the tenants left, he sold the property, and 5 years later, he acquired a 38-unit complex in San Diego for $1.9 million. The down payment was just $350,000! A month later, he bought another complex. Since then, he continued buying complexes and renting them in this manner and by 2012 Cardone Capital owned 1,016 apartments for a total of $58 million.

Grant very smartly engineered a constant flow of money by establishing a system that allowed him to manage multiple properties at a time.His real estate portfolio is worth $350 million and he owns Cardone Enterprises, Cardone Acquisitions, Cardone Training Technologies, and The Cardone Group.

Grant is worth $300 million and his real estate portfolio is worth $350 million. His net worth was up to $1 billion pre-covid but now it has significantly reduced. Still, he owns 4,700 units and earns up to $40 million from just e-commerce alone.

Cardone is an inspiration to many. With no father figure to guide him in his life-shaping years, he encountered failure and addiction but managed to overcome those challenges and went on to become someone who could provide for his family, someone they could be proud of. His story goes to show that no matter the hurdles in your life, you must possess the will to work hard and not let your hardships get the better of you. Work smart, not hard!