Harvey Weinstein – a renowned film and shows producer and distributor. Harvey and his brother Bob Weinstein or I should say Robert Weinstein jointly founded an entertainment company named “Miramax” in the year 1979 which was named by combining their parent’s first names i.e. Miriam and Max. It has its headquarter established in Los Angeles, California. Later this company was acquired by The Walt Disney Company on June 30, 1993.

According to the Report of The New York Times and The New Yorker in the year 2017, over 8 women had accused Harvey Weinstein of rape, sexual assault and sexual abuse, but he off the allegations and any non-consensual sex. After some time, he was expelled out of The Weinstein Company (TWC) and later on from Academy of Motion Picture Arts and Sciences and other professional associations. 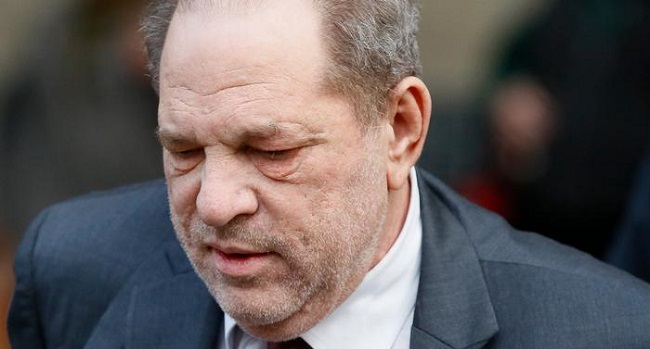 More than 80 women accused and made allegations against him for rape and started a trend with hashtag #MeToo . He has been putted into prison and might will released at the age of 87 on November 9, 2039 .

As per the 2015 Forbes report, the Weinstein company’s net worth was estimated to be $150 million. Harvey Weinstein currently has a net worth of $25 million which is very less from his all time worth. Once at peak, he has a worth of $300 million.

Harvey Weinstein son of Max Weinstein (1924–1976) who was a diamond cutter and his wife, Miriam (1926–2016) was born on March 19, 1952 in the Flushing section of Queens, New York . he started leaning and developing business sense from Max and along with he also had interest in watching movies at Saturday afternoon with his brother.

He did his graduation from John Bowne High School and attended the the State University of New York at Buffalo . Soon after, he brought an theatre at Buffalo where he started airing rock concerts and films. He brought best selling music artist to buffalo like Frank Sinatra, The Who, Jackson Browne, and the Rolling Stones.

He Was made a Fellow of the British Film Institute in recognition of his outstanding contribution to film culture but later on he was removed as criminal charges were applied on him. He has also being the hosting fundraisers for Barack Obama and Hillary Clinton.

Harvey started his careen in film production and distribution from a theatre which he purchased in Buffalo, New York . Their he used to hold live concerts and brought many famous artists. Later in early 1970s, He and his brother Bob together open up the company named “Miramax” which was an independent film producing company. The company primarily released music concerts like Paul McCartney’s Rockshow and later started with film distributing.

The Miramax’s very first hit The Secret Policeman’s Other Ball in May 1982 was game changing for Harvey. After which he started building up his empire and raised his worth. Throughout 1980s, he worked with arthouse films that achieved critical attention. In his career building he created many awesome movies some of them are The English Patient (Pulp Fiction was nominated in 1995 but lost to Forrest Gump.), Good Will Hunting (1997) and Shakespeare in Love (1998).

In the year 2005, Harvey brother left Miramax and started with his own production company and later in the year 2017, he was also fired after rape allegations.

Harvey has got married twice once with his assistant Eve Chilton in the year 1987 and with English fashion designer and actress Georgina Chapman in the year 2007. He took divorce from his first wife in the year 2004 . He has three children – Remy (previously Lily; born 1995), Emma (born 1998), and Ruth (born 2002) from his first wife and a daughter and a son from his second wife. After he has been accused for rape and sex assault his second wife left him and they got divorced later.

Harvey Weinstein owns multi-million dollar property. He has $51.6 million property which he has unfolded so far in past years. In recent years, he sold out his three houses – Hamptons estate, a Connecticut waterfront estate, and a New York City townhouse for $10 million, $25.6 million and $16 million respectively.