Kaley Cuoco is the most popular and highest-paid actress in Hollywood. She is not only an actress but also a singer and producer. She is well known because of her role as Penny in the CBS sitcom The Big Bang Theory. Her career in the acting field started at an early age.

She starred in many films and TV shows including 8 Simple Rules, The Wedding Ringer, and many more. She recently worked with the HBO Max team for the drama The Flight Attendant. In which she played the role of Cassie. 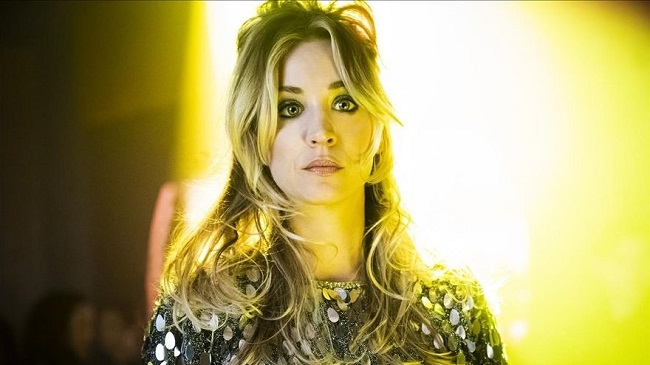 Kaley’s estimated net worth is about $100 million, which is a huge amount. She earned this much money from her movies and TV shows. The biggest amount of her salary, she earned from the TV show The Big Bang Theory. It is assumed that she earned around $765,000 for the first season.

Kaley Cuoco’s full name is Kaley Christine Cuoco. She was born on 30 November 1985, in Camarillo, California. Her father Gary Carmine Cuoco is a realtor and her mother Layne Ann is a homemaker. She is the eldest daughter of her parents. Her sister Briana, is also an actress and singer.

In her childhood, she had an interest in tennis and she started playing tennis at the early age of three. At the age of 16, she decided to quit tennis and pursue her career in acting. So she started acting and modeling at a very young age. She took acting and modeling seriously, and because of that she never attended a regular school. She gained all education at home and at the age of 16 she earned a high school diploma.

Kaley began her modeling career at the age of six. She did modeling for many commercial brands at a very small age. She started her career in acting with her first movie “Quicksand: No Escape” in 1992. In 1995 she debut the role of Karin Carter in the science fiction action film ‘Virtuosity’.

She also appeared in one episode of the ABC TV series ‘Ellen’ for the role of Little Ellen Morgan. At the same time, she also worked in a romantic comedy film ‘Picture Perfect’ and a Disney Fantasy film ‘Toothless’. In 2002, she play a major role in the family sitcom 8 Simple Rules with John Ritter and Katey Sagal. She worked in this show till 2005 then she moved to another show.

She starred in many movies and TV series including ‘First Monday’, ‘The Ellen Show, and ‘The Nightmare Room’. Her big-screen film was ‘Debating Robert Lee’ released in 2004. At the same time, she appeared in many TV shows like ‘The Help’, ‘Punk’d’, and ‘Complete Savage’. She also did a voice-over in the animated TV series ‘Brandy & Mr. Whiskers’.

Kaley also appeared as a supporting character in some drama series like ‘Charmed’. In 2007, she started a new sitcom The Big Bang Theory- the most popular show of that time. In that CBS sitcom, she played the lead role of Penny, a Cheesecake Factory employee which gave her so much fame. This show had so many viewers at that time and is still quite popular.

From 2007-2014, She was the only female co-star in the show. She earned much through this show. Along with that show, she also starred in many films like ‘To Be Fat Like Me’, ‘Killer Movie’, ‘The Penthouse’, and ‘The Last Ride’. With the huge number of movies and TV shows, she earned many awards although in her acting career. She won the ‘People’s Choice Award’ two times in the year 2013 and 2014. She also did hosting of ‘Teen Choice Awards in 2011.

Kaley’s relationships were as not as successful as her acting career. She had her first relationship with Thad Luckinbill in 2002. During her film, ‘The Hollow’ she met Kevin Zegers, her co-actor in that movie and they started dating. She dated Kevin for one year. Her other one-year relationship was with Jaron Lowenstein, a pop star.

She had a relationship with Johnny Galecki, they are onscreen couples at that time on The Big Bang Theory. They dated for two years secretly. In 2013 she got married to Ryan Sweeting, but they separated in 2016 after their divorce.

Now her last and final relationship was with Karl Cook, an equestrian. They met at a horse show in 2016 and then started dating. They engaged in 2017 and tie the knot on June 30, 2018.

Kaley buys a house with Karl Cook in the guard-gated celebrity retreat of Hidden Hills, California. They both have a 50-50 stake in that house. Despite this, she also has other investments in real estate. She owned a small house in North Hollywood, a Horse ranch in Ventura County, and a condo in Studio City.

Kaley Cuoco is a talented actress starred many TV show and popular movies. She is also an avid horse rider. She has her horse named Bojangles. Mainly she earned from her movies and TV shows, but she also has endorsement deals that give her an extra earning. She has around $100 million net worth.