American actor, comedian, director, writer, and television producer Lawrence Gene David aka Larry David who created the television series Seinfeld with his friend Jerry Seinfeld by serving the purpose of head writer and executive producer is one of the most successful men on this planet. Curb Your Enthusiasm, an HBO series is also one of his masterpieces where he is seen starring as a semi-fictionalized version of himself.

He is seen excelling in everything he does. Be it acting, being a comedian, or writing stories of TV shows/series he aced it all. His life is full of achievements. He has been nominated several times for awards like Primetime Emmy Awards and Golden Globe Awards. The American comedian’s net worth is about $400 million. 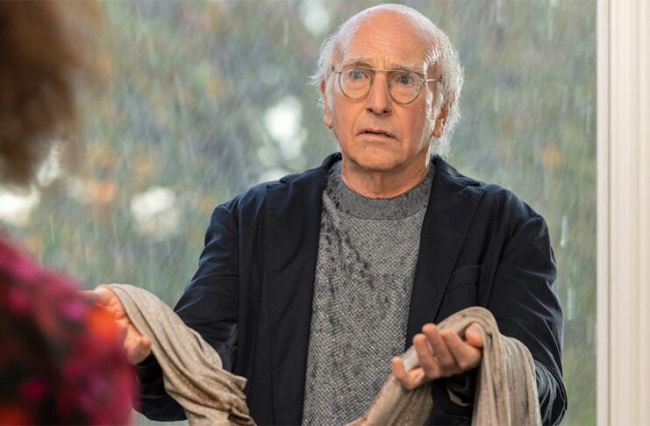 Born on July 2, 1947, in Brooklyn, New York City to mother Rose and father Morty David who was a men’s clothing manufacturer. He has an older brother, Ken. He completed his graduation from Sheepshead Bay High School. He holds a bachelor’s degree in history which he completed from the University of Mayland, College Park.

In various interviews, David has said that it was in his college when he realized that he can make people laugh by simply being in his zone. After completing college, he also served in United States Army Reserve for 5 years(From 1970-1975).

David currently lives in the Pacific Palisades. He was married to Laurie Lennard in 1993. In this marriage, they had 2 daughters Cazzie David and Romy David. They got divorced in 2007, but they co-parent Cazzie and Romy. He along with his ex-wife became a contributing blogger for The Huffington Post.

On 7 October 2020, he got married to Ashley Underwood. David calls himself an atheist despite his Jewish upbringing. He openly supports Democratic Party and is seen making sentences in their favor many times.

Larry David started his career by attending acting classes in Manhattan. He used to work as stand-up comedian. Besides this, he also dis petty jobs like an assistant to a lawyer, a salesman, and a cab driver In 1974 he made his debut performance at Folk City, Greenwich Village. From 1980-1982 he worked as a writer and cast member for ABC’s Friday, He is also known for his role as a writer for NBC’s Saturday Night Live.

His show Seinfeld is known as one of the most successful shoes in history. He wrote a total of 62 episodes for this show. One of the episodes of Seinfeld viz ‘The Contest’ got him a Primetime Emmy Award. It won’t be wrong to say that Seinfeld was the breakthrough of David’s career. After this, he worked for the show Curb Your Enthusiasm.

David is also seen working on several other projects. For example, he wrote and directed the film Sour Grapes in 1998. He was given a small role in Woody Allen’s Radio Days in 1987 and New York Stories in 1989. He got the lead role in the comedy film Whatever Works in 2009.All these things made David live in a lap of luxury today. As of 2020 has a net worth of $400 million. Half of David‘s wealth gnawed due to his divorce from Laurie.

Seinfeld and Curb your Enthusiasm played a very big role for David and made him reach the place he is at in today’s time.David owns 2 Primetime Emmy Awards. He was awarded the Laurel Award for TV Writing Achievement, one for best comedy and the other for writing. He was ranked 23rd in the 2004 British poll for ‘THE COMEDIAN’S COMEDIAN.’ Besides this, he also has 3 nominations for Golden Globe Awards.

Lawrence Gene David has achieved everything a man desires of. He is out in front and living a DREAM life. From a struggling stand-up comedian in NYC to one of the most successful people on the planet Larry David has come a long way. His shows are among the most successful shows in the industry. There’s a quote that says ‘Successful people are not gifted they just work hard and succeed in purpose’ and Larry David has lived up to this quote perfectly.