Macaulay Culkin is a retired American actor, musician, and podcaster. He is considered to be one of the most successful child actors in the 1990s. He has been nominated to the MTV Movie Awards and Young Artist Awards. He published his autobiography named “Junior” in the year 2006. He is now the CEO and publisher of the Satirical Pop Culture website and the “Bunny ears” podcast. At the peak of his career, he was one of the highest-paid actors in the movie business. 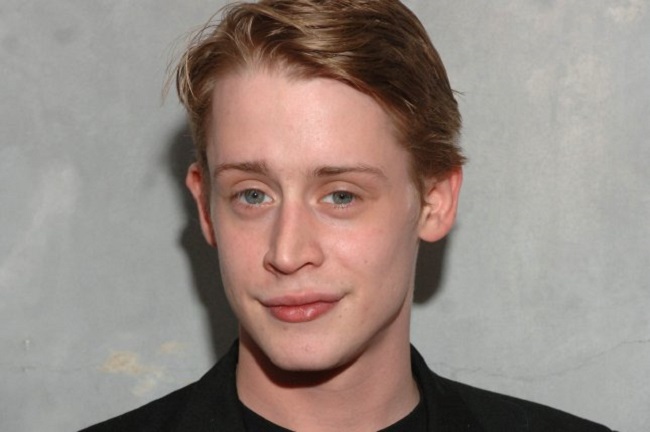 Macaulay Culkin’s net worth sums up to 18 million dollars. Between 1989 and 1994 he earned around 23.5 million dollars just from his movie salaries. His salary doubled and tripled for every movie that he signed.

He was born in New York City on August 26, 1980. His father Christopher Cornelius Culkin, was a former actor and the brother of the actress, Bonnie Bedelia. He is known for his productions on Broadway. Patricia Brentrup was his mother and she never married Christopher Culkin. Macaulay’s full name is Macaulay Carson Culkin. The name Carson was kept after ‘Kit Carson’, an American frontiersman.

He was named Macaulay after the British politician Thomas Babington Macaulay. Culkin was born with four other boy children and three girl children. He is the 4th child in his family. Some of his siblings are also in the film industry. His father was a Sacristan at a Church and his mother was a telephone operator. They lived in a tiny apartment during his early childhood. He went to a Catholic school for five years named “St. Joseph’s School of Yorkville”. Then he attended the Professional Children’s School.

Macaulay began his career in acting at the age of four. His first appearance in the TV Movie was through “The Midnight Hour” in 1985. One of his notable and memorable performances is his role in the movie “Uncle Buck” in 1989. In 1990, he was cast in the movie “Home Alone” and the movie was a grand success. He was awarded the “American Comedy Award” and “Young Artist Award”.

He was also nominated for the “Golden Globe Award” for the best actor. In 1991, he starred in the cartoon series “Wish Kid”. He made an appearance in Micheal Jackson’s black and white music video. In late 1991, he starred in “My Girl” as Thomas J Sennett.

In 1992, Culkin was paid 4.5 milli0n dollars to act in “Home Alone 2”. In 1993, he took up a darker role in the movie “The Good Son” as Henry. He was nominated for the best villain role in the “MTV Movie Awards”. In 1994, he was facing a breakdown in his career so, he chose to take a break from his acting career for some years.

He gave a comeback in 2000 by acting in a play called “Madame Melville” that was staged in London’s West End. In 2003, he starred in “Party Role” in which he did a very different role as a drug user and a murderer. In 2006, he released his autobiographical novel, “Junior”. Culkin then starred in an NBC series for 13 episodes.

In 2011, he was featured in an experimental musical movie “The Wrong Ferarri” by Adam Green. One thing to be noted is, this movie was entirely shot on an iPhone. In December 2013, one of his videos eating cheese pizza was uploaded on YouTube. It was co-produced and directed by Culkin himself. It went so viral on YouTube.

In May 2000, it was reported that his sister, Jennifer, died of a drug overdose. In 2008, his elder sister died after a car accident. In 2004, Culkin was arrested for the possession of drugs. In 1998, when Culkin was just 18, he married Rachel Miner. They both were separated in 2000 and got divorced in 2002. In 2002, he started dating Mila Kunis, but the relationship broke up after some years. Later in 2017, he was in a relationship with Brenda Song, his co-actor.

Though Macaulay Culkin was a famous personality in Hollywood, he always wanted his private life to be out of the spotlight. Whenever he is asked any personal questions, he says the same. Moreover, the net worth given here is obtained from the data given by public sources. All the data given here are as accurate as possible.