Nicki Minaj is a Trinidadian-American singer, rapper, actor, musician, songwriter, composer, TV personality, visual artist, and voice actor. She is especially known for her animated rapping style. She is considered to be one of the best-selling and most influential artists of all time.This talented lady was discovered by another American rapper, Lil Wayne. 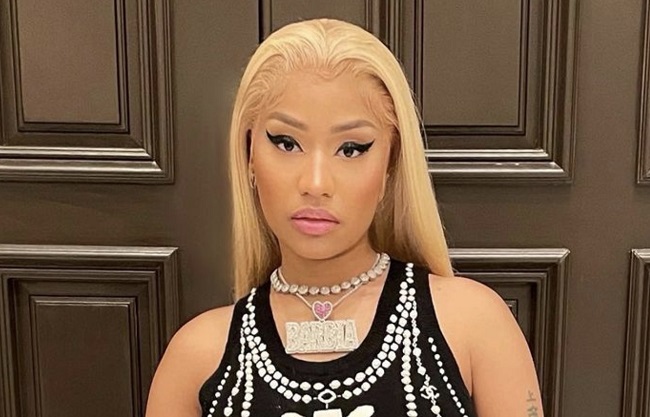 She has won six American Music Awards, four Billboard Music Awards, three MTV Video Music Awards, ten BET Awards, and two People’s Choice Awards. Apart from these, she has also been nominated for 10 Grammy Awards. She has done voice roles in some animated films. She also contributed as an actor by doing some of the supporting roles in movies. It is said that she is th4e most-followed rapper on Instagram.

Minaj released her first mixtape, “Playtime Is Over” on 5th July 2007. Her second one, “Sucka Free” was released on 12th April 2008. In the same year, she was titled as the Female Artist Of The Year at the Underground Music Awards. Her third mixtape was released on 18th April 2009, named “Beam Me Up Scotty”. One of its tracks reached the top of the charts on the U.S Billboard Hot Rap Songs.

In December 2014, she released her third studio album, “The Pinkprint”. In August 2018, her fourth studio album, “Queen” was released. In May 2017, Nicki took over Aretha Franklin’s record which stood for more than 40 years. She has won more than 100 notable Awards. Though she was nominated for the Grammy Awards 10 times, she hasn’t won a Grammy Award till now.

Nicki Minaj was born on December 8, 1982. Her original name was Onika Tanya Maraj. Her father was an Indo-Trinidadian and her mother was an Afro-Trinidadian. Both their parents were gospel singers. She has three siblings, her elder brother Jelani, younger brother Micaiah, younger sister Ming. Her father Robert Maraj was an alcohol addict and had a violent temper. He burnt his house in December 1987.

Minaj’s mother was working in various jobs and after that got her Green Card at the age of 24. Minaj’s mother moved to New York to attend Monroe College, leaving Minaj and her first child with her mother in Trinidad. Minaj successfully graduated from Fiorello H. LaGuardia High School of Music & Art and Performing Arts.

She wanted to become an actress. She was also cast in a play in 2001. As she was struggling a lot as an actress, she worked at Red Lobster as a waitress. Minaj was fired from more than 15 jobs for not being polite with the customers including her waitress work.

She initially gave an open announcement saying that she was bisexual but later accepted that she did it to seek attention and popularity. In 2011, her cousin was murdered near his home which she has referred to in her songs “Champion” and “ All Things Go”.

In August 2016, Nicki Minaj rented a mansion with her boyfriend in Beverly Hills for 35000 dollars every month. In 2008, she and her boyfriend built a house of 10,340 sq. ft. on the site of Frank Sinatra’s former residence. The house has a large living room including a fireplace.

There was also a built-in wood-lined library in that home. The house has eight bedrooms, one family room, and a formal dining room. There is a spa, swimming pool, and barbeque outdoors. Once she broke up with her boyfriend in 2017 the mansion was all hers. In February 2018 she also moved out of that house.